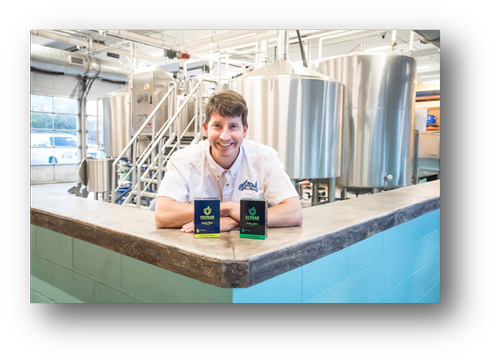 John’s dream was to always open a brewery. He began homebrewing in high school because he realized he could buy the ingredients to make beer as a minor, but not the beer itself. During this time, John developed a passion for great craft beer and wanted to build a brewery, but the laws in Alabama were too prohibitive to open so John pursued his second favorite passion instead, Coffee. John opened Serda’s Coffee Co. in   downtown Mobile, AL in 2008 and has become a downtown icon. Coincidentally, in 2008, the Brewery Modernization Act passed in Alabama which opened the doors for breweries in Alabama with more favorable business friendly laws and the desire to own a brewery became more realistic. In 2013, John decided to go ahead and pursue his dream and after four difficult years of securing financing and building, John’s dream of opening a brewery was realized when Serda Brewing was opened in November 2017.

We look forward to adding your business to the Saraland Area Chamber of Commerce!